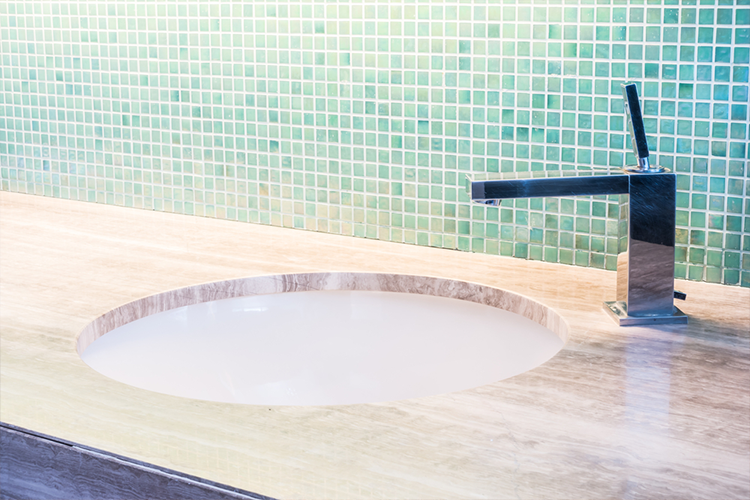 So you’ve decided to remodel one of the bathrooms in your home. Not an uncommon project by any means but one that definitely requires the attention of a professional interior designer and/or building contractor. There are many things that can be upgraded, changed, or swapped out during a bathroom remodel and having a professional on hand will help you make only the best decisions.

Of course things like new toilets, new bathtubs, and even new storage space are common additions during a bathroom remodel. What many homeowners overlook however is an opportunity to add a little extra eye candy to their remodel. Many times contractors often overlooked these smaller opportunities as well simply because they fall to the cracks of the much bigger picture.

When dealing with sinks/tubs and faucets in particular, you and your contractor should seriously consider installing waterfall faucets, especially if replacing your sinks and tubs is part of your project. In most homes Fosters look exactly the same. They contain a long piece of metal which juts over the kitchen and bathroom sinks/tubs and has a couple of knobs and levers attached to it. While some of these traditional faucets are indeed eye-catching or waterfall faucet is as well, albeit to a far greater extent.

Waterfall faucet has actually been around for quite some time but has only recently become popular due to convenience of more traditional styled faucets. Waterfall faucets however both function and look unique. They’re angled glass tray hangs a few inches above a sink by way of a long sloping cylinder in the middle of that along the rod sticks out into the air. Many homeowners find waterfall faucets to be a bit of avant-garde and sometimes associated extremely high price with these types of lawsuits. Working with a professional contractor however you’ll find that many waterfall faucets are extremely affordable and in many cases not only elegant looking but more practical than traditional faucets as well.

If you look at waterfall faucets and find them to be a little too upscale for your new bathroom then you could also speak with your contractor about having spout faucets installed instead. These are actually an older type of waterfall faucet that carries an old-fashioned look that could really catch the eye of visitors. They look almost as though they are the top of a well ready to fill a bucket of water. The traditional beauty of spout faucets makes it easy to clean around and keep up.

You’d be surprised at how much attention such a little detail can garner in a bathroom. This is why it’s important to consider the little things during a bathroom remodel. While they’re not often thought of by contractors or homeowners they should be and are relatively cheap to replace an install as opposed to some of the other things in a bathroom; some things that aren’t even as eye-catching.

How to Choose a Wallbed Mattress

How to Choose the Right Wood Floor if You Have Pets

How to Choose between Solid Hardwood or Engineered Hardwood